A Decade of Success Implementing Learning-Focused at Turnaround Schools

Dr. Anna DeWese is a veteran principal in Florida with a reputation for outstanding support and commitment to students. As a Principal of the Year finalist, Dr. DeWese has a successful history with turnaround schools and taking them from a D or an F to a B and higher.

Dr. DeWese has worked with Learning-Focused across multiple districts, and has effectively implemented the Learning-Focused Instructional Framework in every school she has served in as principal for the last ten years.

Early Success as a First-Year Principal

Dr. DeWese first became principal at one of the lowest-performing schools in her district. As a new principal, she brought in two trainings: the first was a framework for understanding poverty, and the second was a series of books from Dr. Max Thompson.

The school continued to work with Dr. Thompson. As a result, the year they implemented the full Learning-Focused Instructional Framework, their school grade turned from a D to an A. Initially, the school allowed teachers to determine who would go through the training, and they began with Math.

“It was so powerful,” commented Dr. DeWese. “We only started with a certain group of teachers instead of beginning school-wide. We didn’t know if everyone would follow.”

Math scores subsequently went through the roof. Once the teachers saw the kids change with Math, they turned to implement Learning-Focused with ELA.

“At the end of the year, we had so much growth, it was amazing,” says Dr. DeWese.

Dr. DeWese was soon promoted to the district level, in charge of turnaround schools because of her success. She was promoted to other schools in the district and brought Learning-Focused with her.

“When those schools started improving, it was a telltale sign that Learning-Focused works,” says Dr. DeWese. “The success we had was not an anomaly.”

As Dr. DeWese continued to get promoted and move into new schools, she continued implementing Learning-Focused training and maintaining the program.

“Learning-Focused will be my go-to resource forever and ever. If you plan effectively, you’ll teach effectively, and the kids will learn what they need to.”

Contact us to discuss a partnership that empowers every educator. 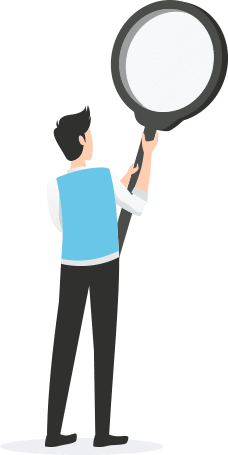